October 10th : focus on the conditions of detention of inmates on death row

The World day against the death penalty is coming up : October 10th will be a good occasion to pass on the abolitionist message, but not only that. This year, conferences, performances and meetings will particularly enhance the issue of the conditions of detention that inmates on death row face.

“Without regards to the possibility of execution, the incarceration in itself of prisoners sentenced to death is alarming because it generates physical and psychological suffering, which we can in certain circumstances qualify as torture” says the World coalition against the death penalty.

For the 16th abolitionist reunion, ECPM (Together against the death penalty) will act on various levels :

● A conference at the Barreau de Paris

ECPM is organizing a conference entitled “The conditions of detention for inmates on death row” at the Barreau de Paris (October 10th, 5pm). Our partners from Cameroon, Lebanon and Indonesia will each explain the current situation in their respective countries.
This conference will also be an occasion to have a debate on the application of the Nelson Mandela Rules, which defend the equality of the conditions of detention between prisoners on death row and all other categories of inmates. Despite the existence of these rules, “multiple testimonies prove the terrible conditions that prisoners on death row are often confronted to” indicates the World coalition. In addition, these specific inmates are allowed very little contact with their families and lawyers being that the access to the halls of death row are limited.

“The conditions of detention affect not only the prisoners sentenced to death but also their families” indicates the World coalition against the death penalty. 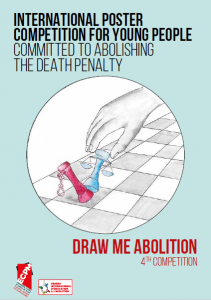 ● The launch of the contest “Draw me abolition”

October 10th will be the starting point of the 4th edition of the world contest organised by ECPM “Draw me abolition”. The goal is to increase awareness in schools on the issue of the death penalty, and to invite them to draw a poster to pass on the abolitionist message.

This context aims young students in France but also an international level thanks to the partners of the World coalition against the death penalty as well as the international partners of ECPM. Several countries have already shown interest in this contest : Côte d’Ivoire, Benin, Tanzania, Cameroon, Tunisia, Germany, Belgium, Italy and we hope many others! The goal is to chose 50 drawings which are particularly powerful on the subject, and which will allow us to have an exhibition which will travel around the world and increase awareness on the death penalty. Thanks to this exhibit, children can express themselves and carry their voices.

Learn more about the drawing contest 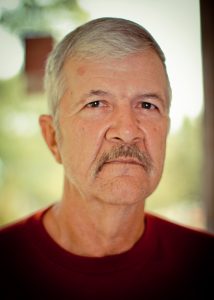 ● Interventions in schools driven by a survivor of death row

In the context of the World day against the death penalty and simultaneously to the launch of the drawing contest, ECPM is organising interventions in several schools in Île-de-France (8th to the 12th of October) and Brussels (15th to the 16th of October), to do a wake-up call on the conditions of detention of prisoners on death row. These testimonies will allow students to meet Gary Drinkard who was sentenced to capital punishment in Alabama and released in 2001 after 6 years on death row.
In his testimony he insists on the link between his sentence and his financial disadvantage and therefore inability to pay for a competent lawyer on the subject of the death penalty.

On the 10th of October will be released the film Lindy Lou, jury n°2, a documentary on the intriguing story of an American woman called to be a part of a jury in Mississippi in 1994. Many years later, she remained in shock of this experience and decided to find the 11 other juries with whom she sentenced a man to the death penalty.

On the 11th of October, a screening will take place at the Marcel Pagnol Theater in Aubagne at 7pm, in presence of the director Florent Vassault and protagonist Lindy Lou Isonhood as well as Geneviève Donadini, criminal jury in France at the Ranucci trial and author of Le procès Ranucci – témoignage d’un juré d’assise.
On the same day, ECPM is organising another screening at the Utopia Theatre at Saint Ouen de l’Aumone (1 Place Pierre Mendes-France 95310 St-Ouen l’Aumone), projection which will specifically aim school groups on the subject of the death penalty. The documentary Serge, condamné à mort was filmed between Indonesia, where he was sentenced to death and France, where his wife lives, Sabine Ataloui, who has been struggling for ten years to have him released.

The screening will be followed by a debate with Sabine Atlaoui, wife of Serge, and Christine Tournadre, director of the documentary. This will be taking place on October 11th at 10am and all classes are welcomed to join by subscribing at the Utopia theaters (01 30 37 75 52 / utopia95@wanadoo.fr).

● These events won’t only be taking place in France! Morocco, Tunisia, DRC and Cameroon will also be organising events to mark this day of struggle against the death penalty.

+
Since 2003, October 10th has been the international day against the death penalty thanks to the World coalition against the death penalty, which reunites international non governmental organisations, associations of lawyers, trade unions and governments worldwide.
This day is officially supported by the Council of Europe and European Union and aims global opinion around the world and government leaders of countries which haven’t yet abolished capital punishment as well as countries that have done so as to have them support the struggle to achieve universal abolition.

The money received through donations to ECPM is used to run our organisation. It allows us to hire professionals whose job is to train, plead and unite people around the value of justice that is the abolition of the death penalty. This money allows us to organise free training courses in schools, focusing on human rights and the death penalty; it also allows us to create educational tools which are then put at teachers’ disposal. Furthermore, it helps us to lead support campaigns, like the one we implemented around Serge Atlaoui. Finally, it will make it easier for us to organise fact-finding missions and to publish their results, such as our annual report on the death penalty in Iran.